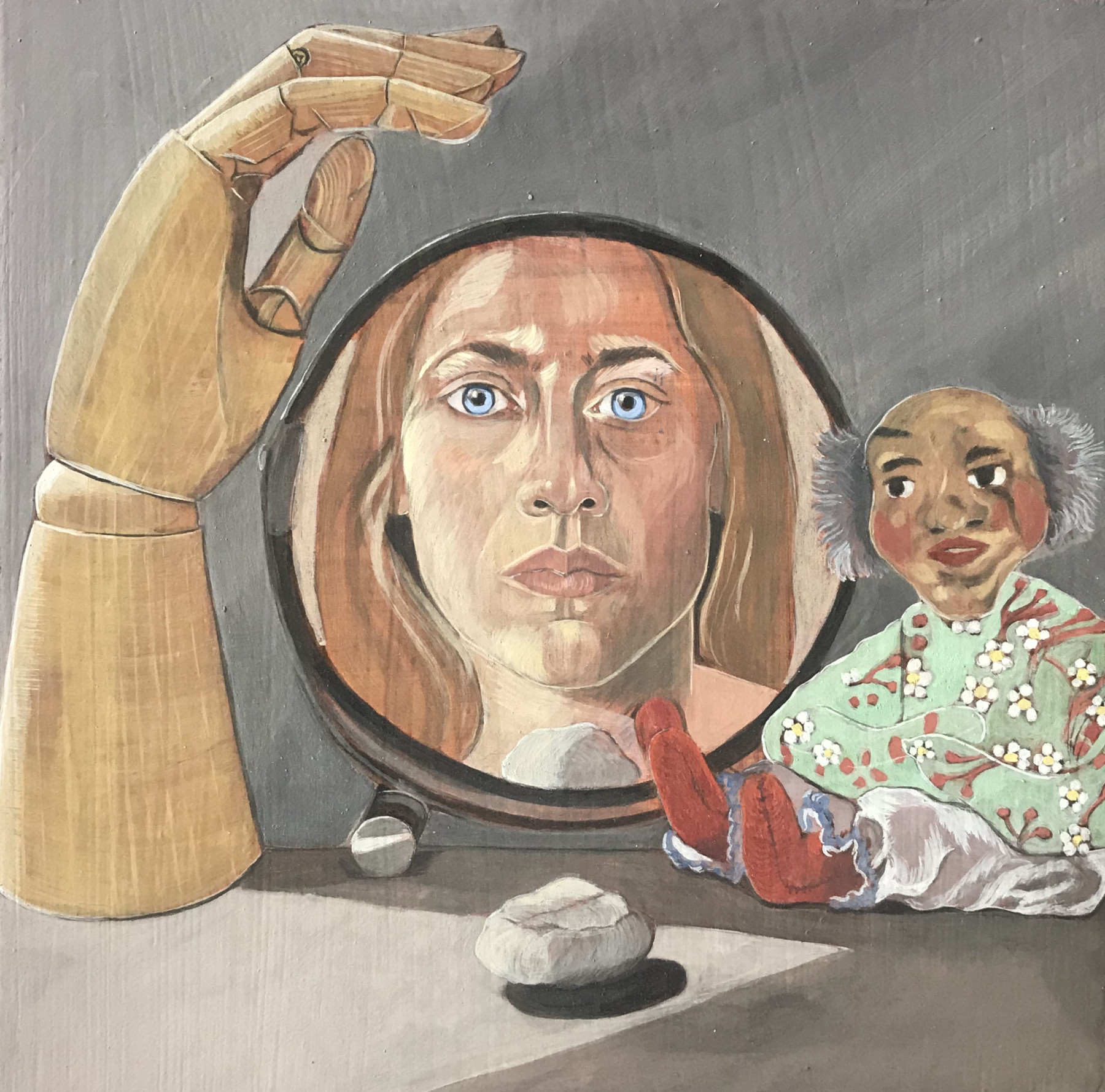 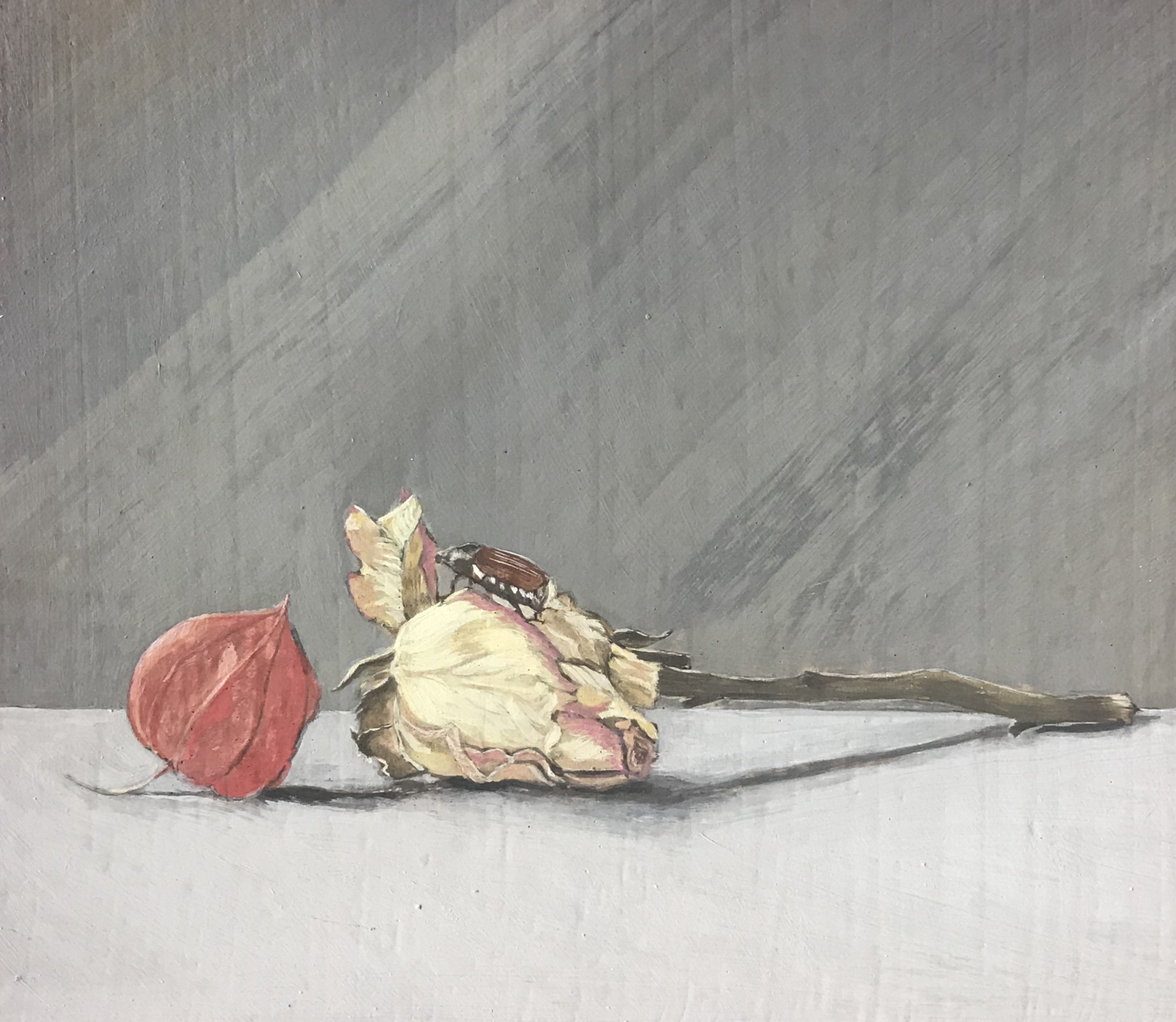 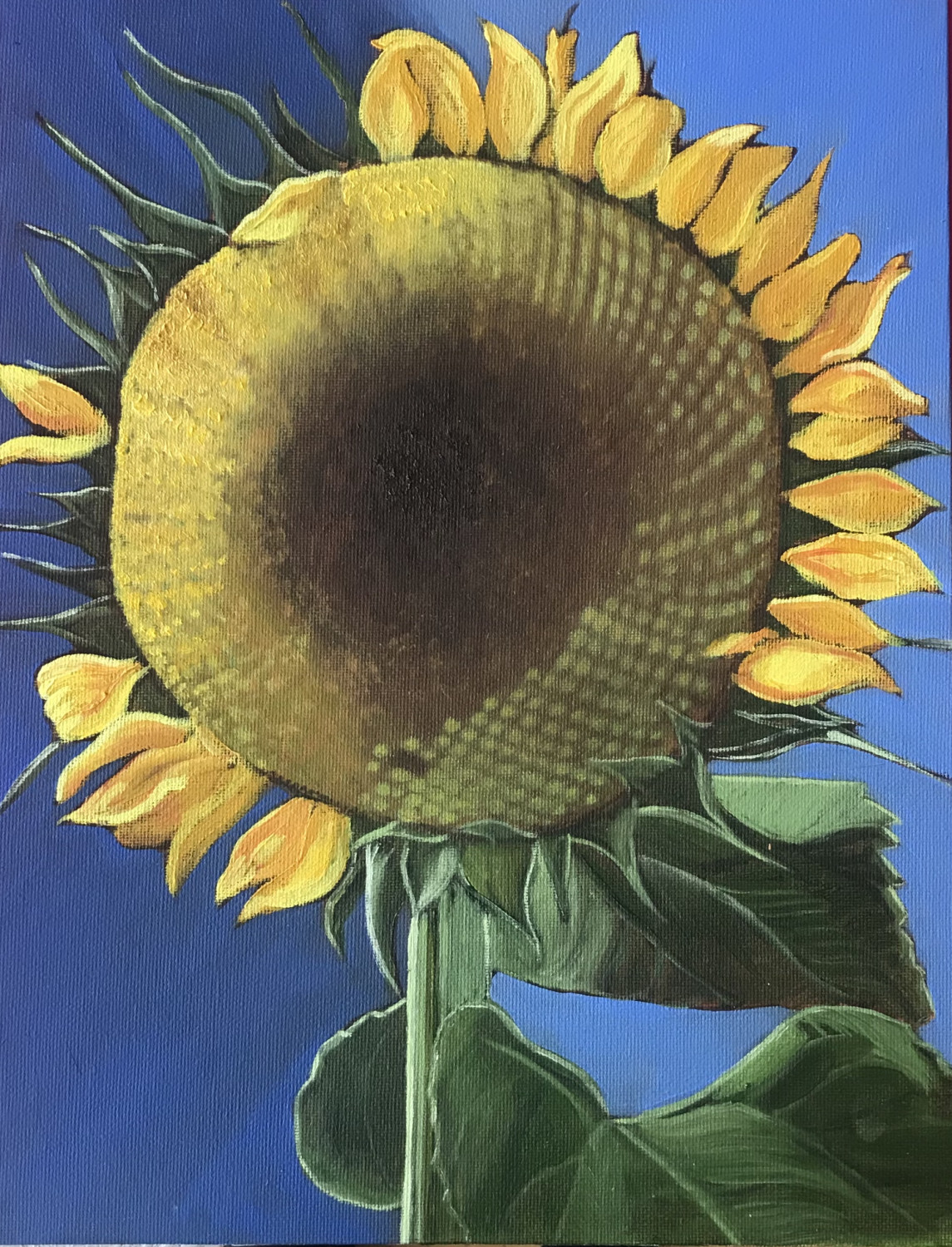 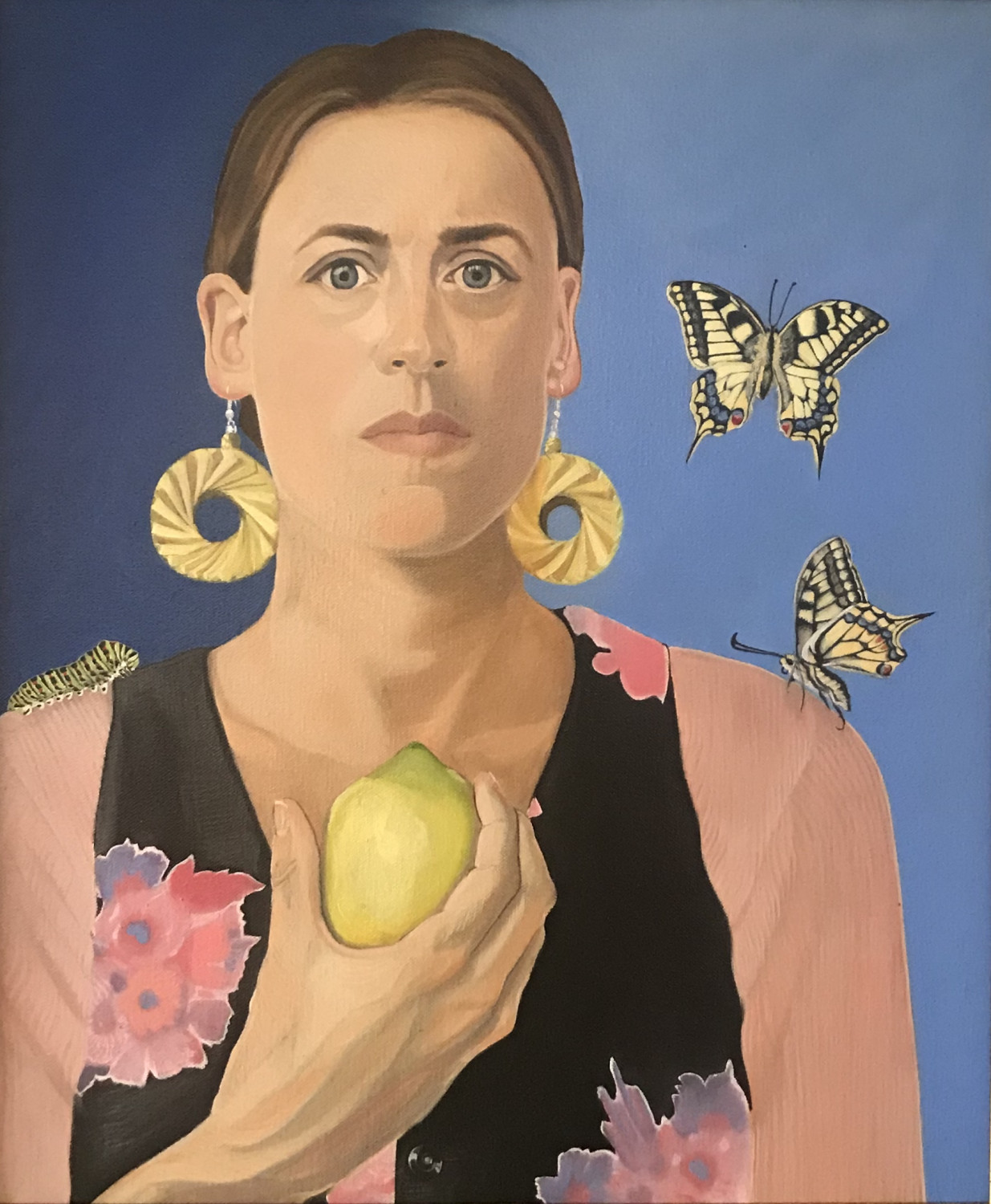 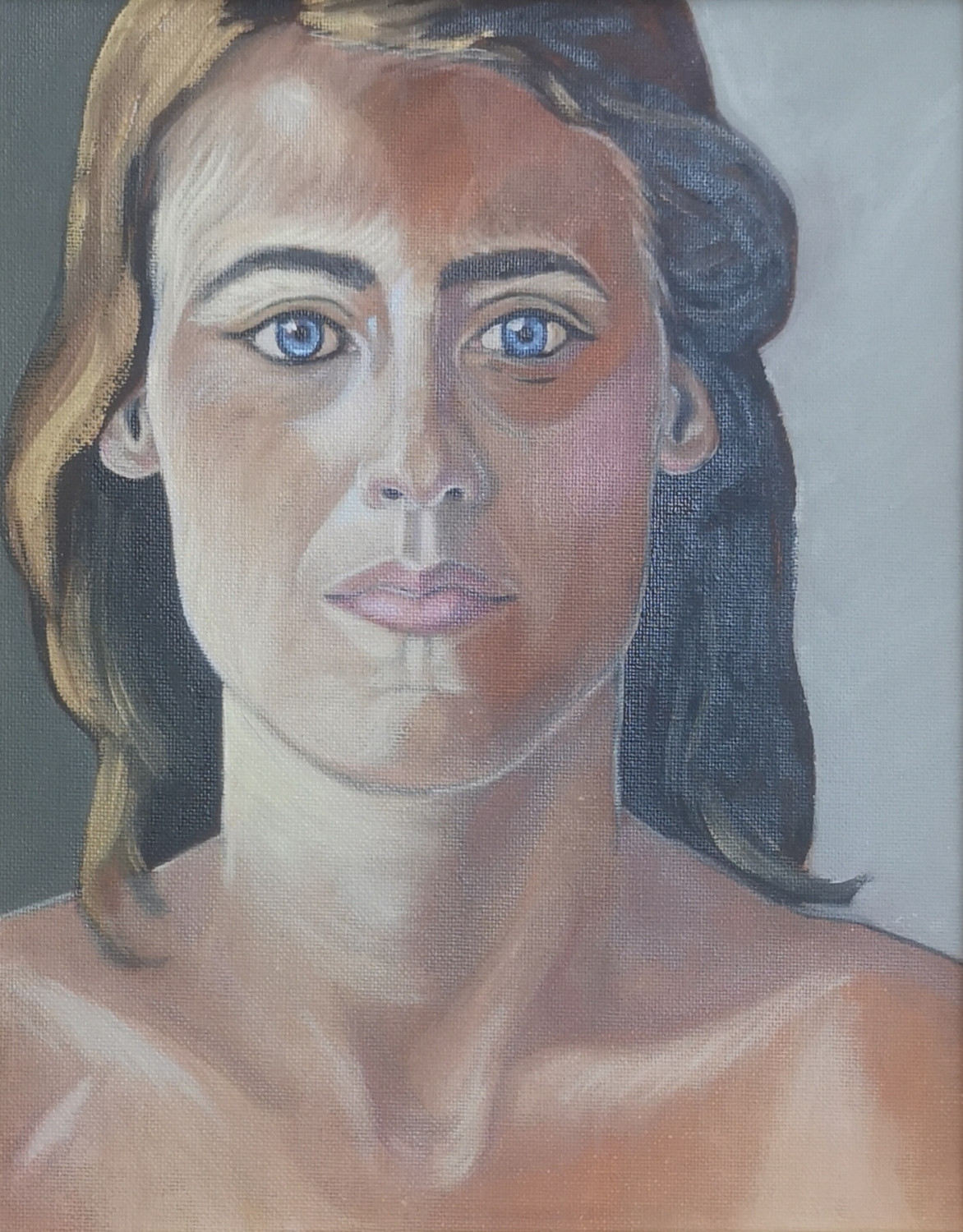 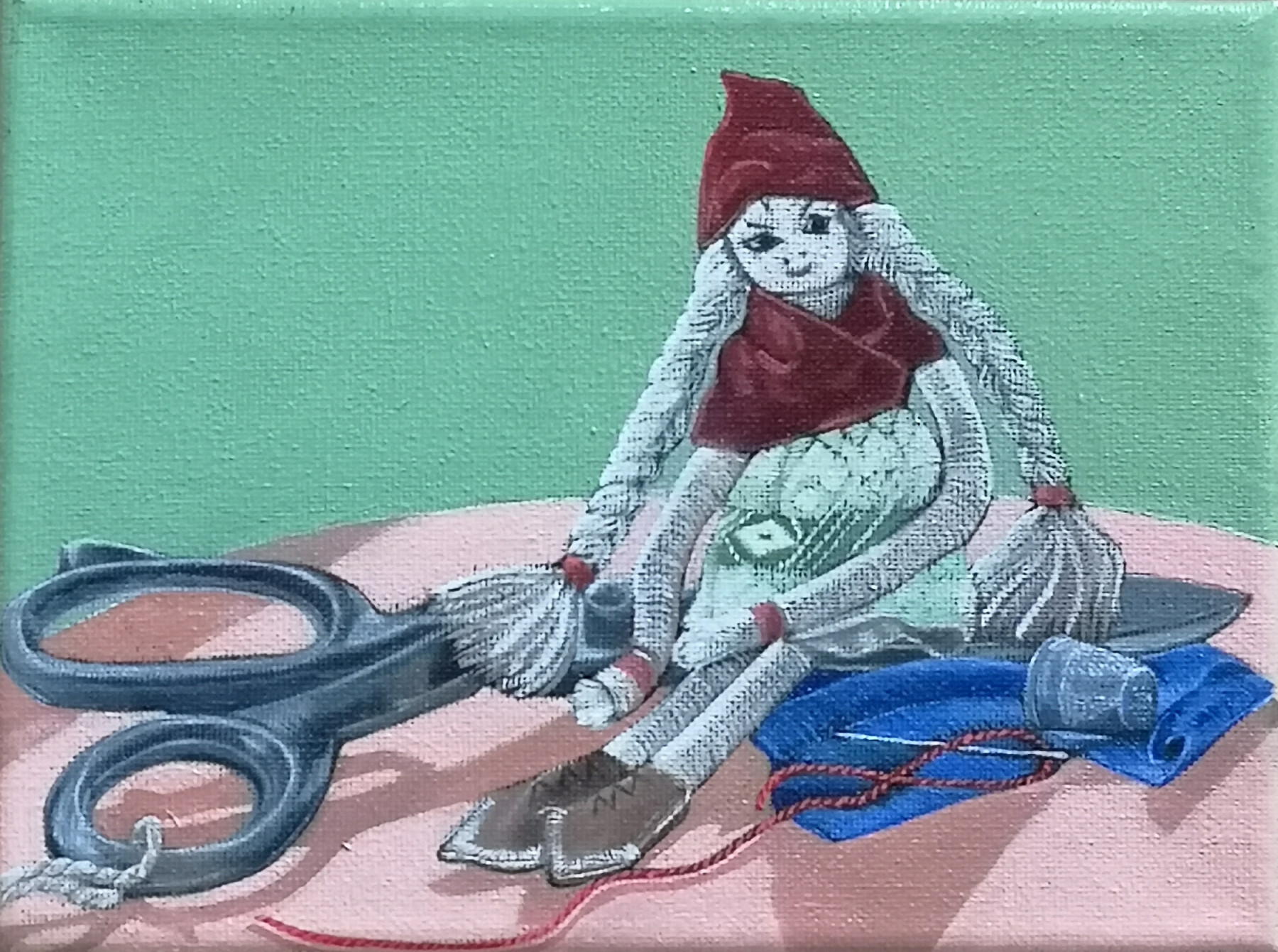 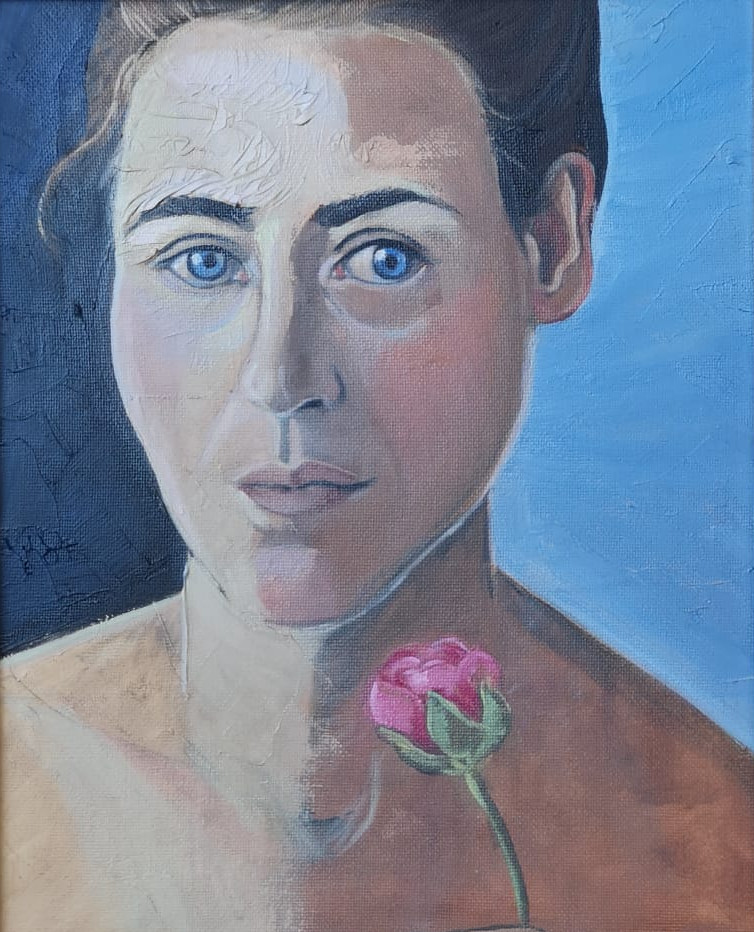 First encounters with the painting of her grandfather, who was trained as a decoration and church painter by Alouis Willer from Colmar. Early attention to painting and involvement with painting technique (layer painting) and portrait sculpture in her father's studio.

After graduating from high school she studied art pedagogy.

Since 2009 she has also been teaching painting.

Katharina Andrée Sekinger's paintings, her profound self-portraits and her portrait sculptures, based on the New Objectivity, reveal a strong artistic influence by her father and grandfather.

In her artistic work, the desire to capture the visible world in portraits and still lifes and to capture it in pictures full of vibrant colors becomes palpable.
The emphasis on sculptural form, physicality through light and shadow plays an important role. Her pictures are effective through a fundamental truthfulness. Sekinger only paints things that are of great importance to her, including props from her father's studio or her grandmother's handmade folk dolls. She creates her own world, inspired by the variety of colours and the expression of her feelings. Her innermost emotions are captured on canvas. Her paintings often revolve around the themes of identity, soul, metamorphosis, infinity, origin. A closer look reveals a second level, a level in which reality merges with its own world of thought.